The Breed of Horse Called Sacred

Previous Next
The Breed of Horse Called Sacred

We can rarely call anything perfect in this world, but if there is such a thing as a perfect horse, it has to be the Akhal-Teke breed from Turkmenistan. One look at the beauty of this breed should be enough to convince anyone of that fact.

It is in every way one of God’s most magnificent creations.

The Russians call it the “argamak” or sacred horse; the Chinese call it the heavenly horse. The people of Turkmenistan call it a national treasure.

The horse takes its name from the series of oases (called the Akhal) along the Kopet Dag mountains in southern Turkmenistan. This region is the territory of the Tekke nomadic tribes, who have traditionally bred these horses. Hence the name Akhal-Teke.

Its true origins are lost to history, but the oral tradition of the Tekke tribesmen claims the breed has been around for 3000 years and possibly related to an extinct breed known as the Turkoman horses.

The Russians absorbed Turkmenistan into the Russian Empire in the 1880s and were so fascinated with the horse (which was used in battle against them) that they gave it the title of “divine” or “sacred” and exported it to Russia. It was a Russian general who gave the breed its name.

Today the Akhal-Teke is considered a rare breed of horse, numbering under 7000 worldwide. It is still most abundant in its native land, of course, but it has also been exported to Russia, Europe, and North America in small numbers. There are only about 500 of them in the US.

Owing to its immense beauty, one would think the Akhal-Teke might be a little on the delicate or temperamental side, but the opposite is true. It is one of the hardiest horses in the world!

Its resilience is due to its breeding in the harsh conditions of the Eurasian steppe. It has thin skin which makes it adaptable to desert conditions and can survive for significant periods of time with little or no food or water. It was bred for a nomadic existence and it still exhibits the hardiness of its origin.

To prove the mettle of these horses, in 1935 a group of tribesmen undertook a 2500-mile trek from the interior of their country to the capital city, Ashgabat. They rode for 84 straight days, three of which were spent crossing a desert (235 miles) during which the horses were given no water. They arrived at the capital no worse for the wear and made the point about the Akhal-Tekes’ incredible strength and endurance.

Breeders marvel at the beauty of their temperaments too. Akhal-Tekes are extremely intelligent horses, with active, spirited personalities. They’re alert on the trail but don’t spook easily. They have smooth, elastic gaits and almost seem to float when they trot.

They are also gentle and loyal to the point that many of them will recognize only one rider, forbidding all other riders from mounting. They give their all for that one rider.

Given their breeding, it is not surprising that they are very athletic animals. They excel in endurance tests, dressage, hunting, show jumping, vaulting, and even circus performing.

But it’s the amazing metallic sheen of their coats that causes most jaws to drop when seeing them for the first time. The crème-colored horses exhibit an almost silky, pearl-like shine to them that can’t be found in anywhere in nature outside of an oyster bed!

Yet, all the shades and colors of the Akhal-Teke have this sheen, which is due simply to genetics. Mother Nature has endowed the breed’s hair with a luminescent quality due to the fact that the hair has little to no opaque core to its strands and thus reflects light through its transparent substance (medulla) in a way that most animal hair cannot.

Their coats are brilliant in all color variations, which display an immense array of shades of black, brown, and chestnut (the breed’s three base colors). As you will see in the picture gallery below, the patterns and varieties are worthy of the evening gown section of a Macy’s department store.

Other characteristics of this breed are equally stunning:

Many of the Akhal-Teke also have blue eyes and pinkish noses, which is rare in horses. In some cases a horse’s eyes can have a blue/brown “marbled” effect, creating an entrancing look.

This variety of colors, patterns and unique characteristics makes the Akhal-Teke the most exciting and unique horse in existence. As I said, if perfection were possible in this world, the Akhal Teke would take the prize. 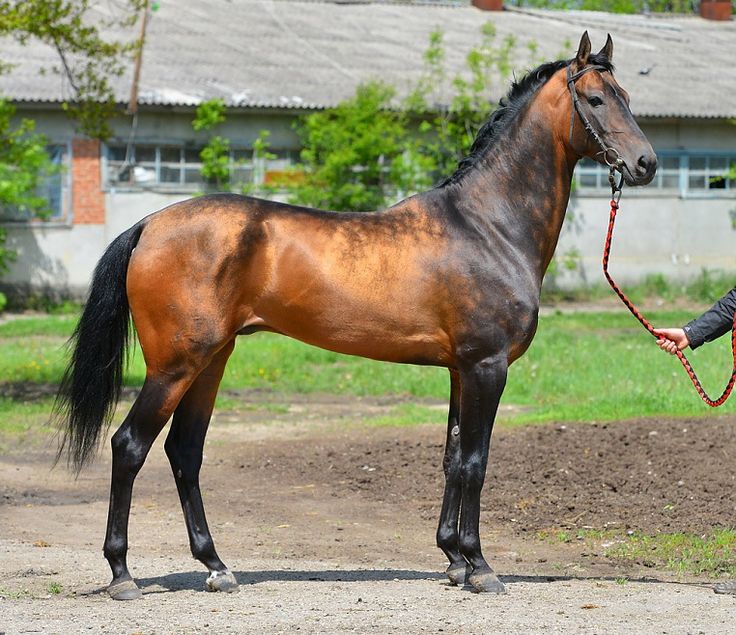 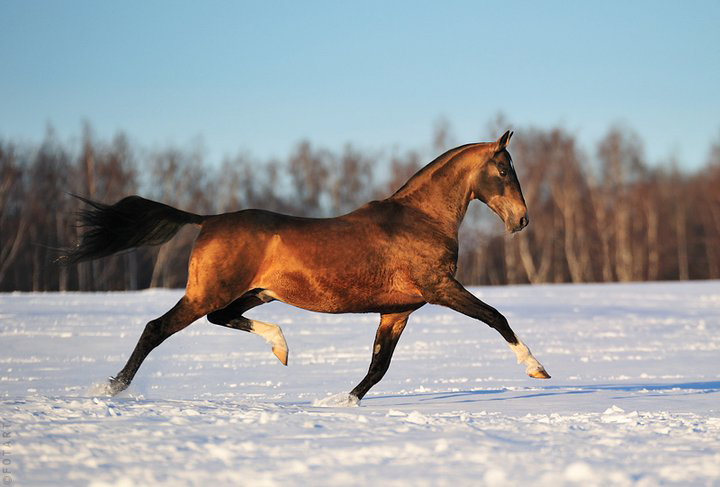 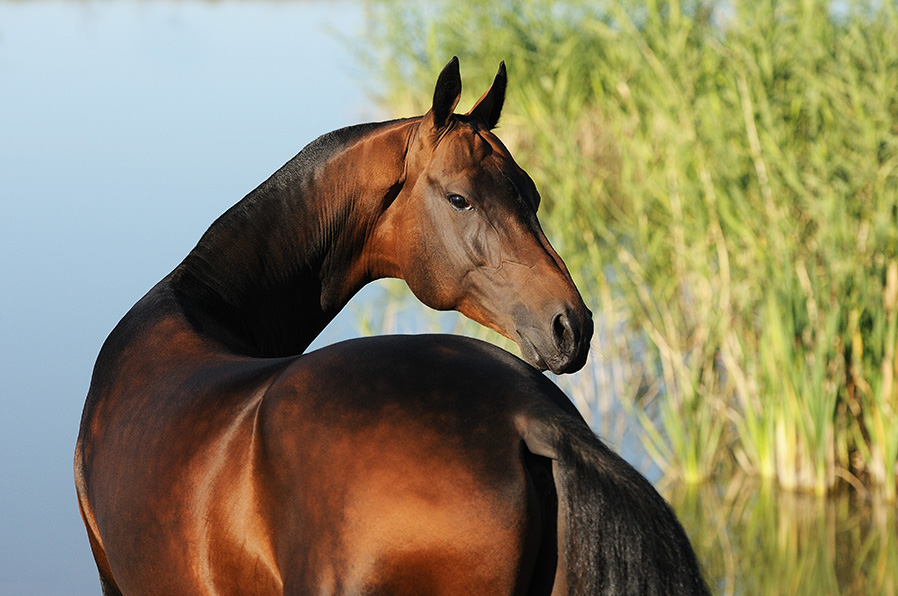 Some realities of nature make us gasp in wonder at their extreme and refined beauty. The Akhal-Teke is certainly one of them.

Yet, the world around us is filled with all kinds of simple beauty if only we will open our eyes to it. For example, a small yucca plant that my neighbor planted in the corner of her yard earlier this year has grown into perfectly symmetrical, vibrant, colorful, and flourishing specimen of nature that has no flaws. I stop and marvel at it when I see it knowing that it will not remain that robust forever.

Theologians tell us that “grace builds on nature,” but I like to think that grace pervades nature. We see through the sacred windows of the world’s natural (but temporary) beauty to a permanent beauty that will never end.

Take time to “smell the roses” today. Stop, look carefully at something, and drink deeply of its beauty, whether simple or refined. It beckons you to a deeper beauty, the Source of all the world’s delights.