‘Tis a Gift to Be Simple

Previous Next
‘Tis a Gift to Be Simple

Most people confuse Shakers with Quakers. That’s understandable. The two groups generally dress, live, dance, and worship alike, and both hold that simplicity is a virtue. Their most famous song, Simple Gifts, describes their religious lifestyle in one clear – simple – phrase: “’Tis a gift to be simple.”

Here’s a thumbnail history of these groups:

The Quakers (1650s) broke away from the Seekers (1620s) who in turn had broken from the Anglicans (1530s) and became Congregationalists before they split into Wilburite, Hicksite, Gurneyite, Beaconite, and Evangelical factions. (Whew.)

Apparently, simplicity describes their lifestyle, not their doctrinal disputes. Quakers and Shakers both believe in the rule of individual religious experience over tradition and church authority, which is why inherent divisions always result in their movements.

With private interpretation of everything, no one can ever agree on anything.

In 19th century America, this principle became enshrined in a number of odd but rather fascinating religious movements that sought to create a sort of heaven on earth in the Promised Land of America. Access to Utopia, of course, was always through the channel of their particular religious affiliations.

There is an old Eagles song about the desire for perfection on earth: “We’re riding to Utopia; road map says we’ll be arriving soon…But it’s a long road out of Eden.” The happy-go-lucky Mother Ann Lee, foundress of the Shakers

One of the most fascinating sectarian movements in American history is the religious sect known as the Shakers. Its official name is The United Society of Believers in Christ’s Second Appearing. (The very name establishes their Utopian credentials!)

The Shakers were founded by an English Quaker named Ann Lee (1736-84) who had a personal revelation while she was in prison (for disrupting an Anglican prayer service!). She believed she was the embodiment of Christ’s Second Coming and the female version of the Messiah. The vision told her that she should travel to the American colonies to start a new religion there.

As I said, private revelations can be a bit problematic. However, she arrived in New York in 1774 with seven followers, and the Shakers were born.

The name and the dance

Both the Quakers and the Shakers got their names from their behaviors during their ecstatic prayer sessions. Their unstructured, wild, and sometimes hilarious prayer sessions included whirling, chanting, screaming, laughing, gesticulating wildly, bodily agitating, jumping, falling down and writhing on the ground, among other things. Their form of prayer was similar to what we now think of as Pentecostal worship before the Pentecostals came on the scene.

(The video “A Shaker Worship Service” below shows a fascinating 1979 re-creation of what it must have been like to attend a Shaker prayer service.)

Because of their prayer habits, they were pegged by their detractors as “shakers”, but the name stuck. The English used the archaic term “quakers” to describe that style of ecstatic prayer.

At their high point in the late 1800s the Shakers had over 6000 adherents living in nineteen different utopian villages spread from Maine to Kentucky. Today there is only one community left of the nineteen. It is called the Sabbathday Lake Shaker Village in southern Maine, just north of Portland.

It is unclear how many actual Shakers exist today, but as of 2010 the official number was 3. And there’s a pretty logical reason for their decline: celibacy. As a part of their utopian belief system, the Shakers believed that celibacy was the best way to maintain the purity of the Kingdom, both personally and communally. The only problem was that they were lay people, not consecrated clerics immersed in the hierarchical structure of the Church or the centuries-long traditions of religious orders.

Their desire to live celibacy for the sake of purity was admirable, but it made them like smoldering brands taken from a fire that was ultimately extinguished for lack of connection with the source of the fire, Christ’s true Church. As a generalized practice of the laity, celibacy doomed the community to a long, slow decline.

Despite it all, the Shakers survived for over 200 years due to their main ministry of adopting and caring for orphans, who were always given the freedom to join the community or venture out on their own at the age of 21. Many did, of course, but over time, the diminishing number of converts to Shakerism left the sect with a legacy of quaint museums through the northeast and one last community holding on for dear life.

Simplicity as a lifestyle

Simple, yes, and austere, ascetic, strict, etc. are terms to describe the Shaker lifestyle, but no one would accuse them of being simpletons. They were incredibly pragmatic and creative people!

Although any type of ornamentation was considered vanity to Shakers, once you accept their belief in the virtue of simplicity, everything fits together: the plain but functional architecture; the efficient organization of their communities; the solid, inventive designs of objects needed for everyday survival; their simple clothing.

Ironically, the Shakers were amazingly “modern” in some of their practices and beliefs, like the equality of the sexes, shared responsibilities, rotating work shifts, and the use of technological advances. They significantly improved on the use of the steam laundry as well as textile production and mill working techniques, and they were pioneers in herbal medicine. The Shakers even owned automobiles when those became current.

The foundress, Ann Lee, also gave them the motto: “Hands to work and hearts to God” – mottos we could all live by.

Perhaps the unique Shaker combination of simple gifts is best seen in their quaint, beautiful furniture, which is prized and often imitated in modern day American design. 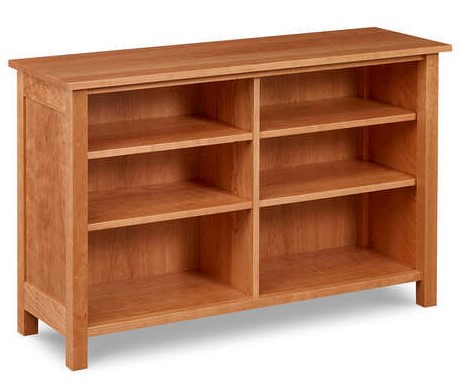 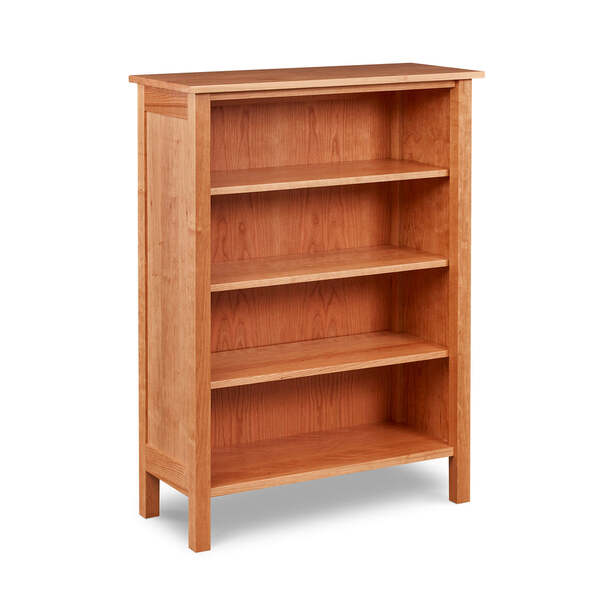 Simplicity as a spiritual gift

Simplicity as a Christian virtue and lifestyle makes us one with Christ who, though He was rich in every way as God, became poor as a man living the simple lifestyle of a carpenter for thirty years and an itinerant preacher for three more. Simplicity is a gift to be cultivated.

The men’s chorus I belonged to in college sang the Shaker song, Simple Gifts, as part of its spring repertoire one year, and I will never forget the charming tune or its message. Simplicity truly is a gift if we embrace it as a way of purifying our lives of the many extraneous claims and encumbrances of the material world.

The delightful Shaker hymn, Simple Gifts, was picked up by Aaron Copeland and used prominently in his famous score for Appalachian Spring in 1944. It is one of America’s most beloved folk songs.

In the videos below, you will hear two versions of the song. The first is by a children’s choir, which undoubtedly embodies the message of purity and simplicity to the greatest degree. Make sure you don’t miss the children smiling at the very end. It is just delightful! The second version is by a modern pop/folk artist named Jewel, whose enchanting style does service to the beautiful tune.

The final video, “A Shaker Worship Service,” is longer (duration, 20:10) but quite interesting to watch. If you are pressed for time, I recommend that you skip to 13:15 for a view of the crazy prayer antics.

When true simplicity is gained, to bow and to bend we shan’t be ashamed; to turn, turn, will be our delight ‘til by turning, turning, we come ’round right.

Our modern lives are afflicted with the disease of Accumulation. We live in a consumer society; things pile up because we don’t pay much attention to what we acquire over a long period of time. We live in the midst of clutter.

Let us take some of the Shaker advice: ‘Tis a gift to be simple.

Maybe today is a good time to purge a few things from your life that weigh you down. De-cluttering is the modern term, but simplifying is the spiritual reality we aim for. The Gospel message is essentially simple – blessed are the lowly, blessed are the pure of heart – and we need to be about the pursuit of virtue rather than the accumulation of goods.

It’s good to re-focus and prioritize our lives from time to time based on our Christian values. The less we are weighed down by material acquisitions and the anxieties that go along with caring for them, the more we can pray and focus on the most important things of the spirit.

“Hands to work and hearts to God” – good Shaker advice.